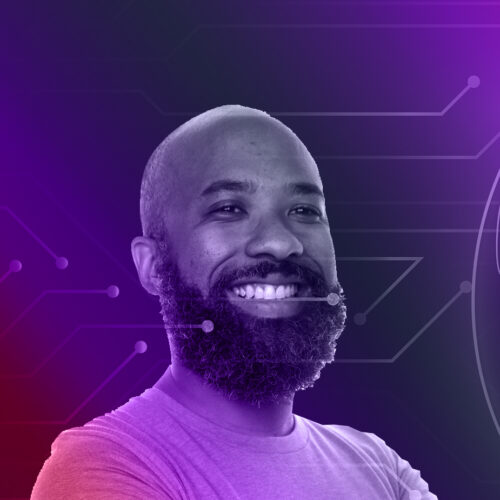 Fonz Morris is an entrepreneur and self-taught designer, born in Brooklyn and now based in San Jose. He has worked in tech and design on both coasts of the United States, in Philadelphia, New York, Atlanta, Washington D.C., and California. His belief in the importance of self-driven education continued through his travels through Europe, Central and South America, and South East Asia. Since 2020, Fonz Morris has been the Lead Product Designer at Netflix. Prior to joining Netflix, he led a design team at Coursera.

Fonz has worked with some of the world’s biggest companies, collaborated with hip hop producers and entrepreneurs, and led his own start-up teams. He secured angel funding for start-ups, including working with the Lomax family, one of the few Black venture capitalist families in the USA.

As a fierce advocate for the self-taught designer and entrepreneur, he is involved in mentoring design students through a range of organizations including California College of the Arts, and General Assembly’s UX Design Bootcamp. Fonz has contributed his knowledge to conferences including AfroTech, UX Fest, UXDX, Rethink, Made In the Future, and State of Black Design. He is involved as an advising partner or consulting with venture capital firms First Round, Floodgate, and Signalfire, helping guide the next young designers and self-starters.

All Sessions by Alphonso Morris